For my birthday, my family got screen shots of Nomolos printed on a cake! It was awesome. It couldn't have come at a better time either, as Ravenwolf has recently completed the background art for the last pair of levels, is almost done with the enemies for these levels, and I've transcribed music for it. That leaves: designing the last two levels, programming the last few enemies, developing the final battle with Boulder the evil hippo, and finally a couple of cut scenes and the ending. That should definitely put us right around Christmas time for "draft" completion as I've been saying. Hopefully a few months of beta-testing and overall polish after that and the game can be released! 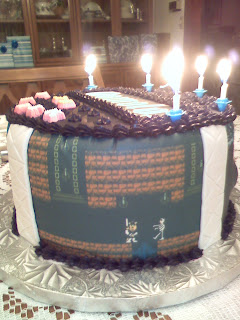 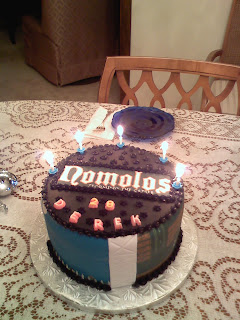 Posted by Derek Andrews at 7:20 PM